You lovely lot are renovating kitchens left right and centre. First we had Claire’s stunning Scandi makeover and then we heard all about Elle’s plans last week. I’ve actually had to start turning down kitchen submissions but not before we nip over to Suzie from Suzie’s House On The Hill’s beautiful abode to check out the heart of her home. Over to Suzie.

When we purchased the house the original kitchen was in a real sorry state and had no resemblance to the original character of the property. The walls were painted in yellow and purple and the kitchen cabinets where a mix of gloss finish red and white with black worktops and a grey floor. There was no natural source of light or any windows and it wasn’t a nice space to be in. There was a dilapidated conservatory separated from the kitchen by a brick wall that was leaking in and falling to bits. But that’s exactly what I wanted, a before, a project to transform the space into something beautiful. The original design would have put a lot of potential buyers off, not only because of the way it looked but the amount of work needed. Thankfully the kitchen extension was the first part of the renovations so we didn’t have to endure the erratic colour scheme of the kitchen for too long.

We planned to demolish the existing conservatory and adjoining wall and build an extension to create a large open plan kitchen/ dining space. We hired an architect to draw up some plans and advise us on the legalities involved and sent our plans away for consent. 12 weeks later {not the usual six due to the local council losing our cheque} we got the go ahead and started stripping out almost immediately. I will never forget coming home from work after my dad who is a demolition contractor had brought round a team of people to start the demolition phase. We were back to brick work and there was no second storey floor. It was then I realised how much of a huge task we were taking on.

As the build started in November we faced setbacks and delays due to the weather, but after two months the roof was on, we had three huge windows and two Veluxs in the ceiling and a large open space to start finalising the designs for our dream kitchen. We decided to lower the structural beam between the kitchen and dining space to make the room more aesthetically pleasing and had a slanted roof over the dining space with two Velux windows. As we were going for a stone floor we installed a polypipe underfloor heating system which keeps the room toasty at all times and is a dream to walk on in bare feet. This cost around £500 and works out much cheaper to run than an electric system. We had an entire new central heating system put in and included two beautiful character reclaimed cast iron radiators from my work, Ribble radiators.
After making decisions on the electrical and lighting plan (we also did a full re-wire) we were ready to order the kitchen.

I have always loved traditional shaker kitchens with oak worktops and Belfast sinks. I wanted a country style kitchen to compliment the rustic charm of the property with a stone floor and a soft pastel colour scheme.
I started putting together some mood boards to take to kitchen companies and Redscar Kitchens based in Preston made my vision a reality. I received back the 3D plans in a few days and didn’t need to make any changes as I loved everything about it. I’ve wanted an island in my kitchen since I was about ten {most children dream of going to Disneyland, not me!} so that was a must. I love cooking for family and friends and have always wanted a large range master oven. I almost went for a cream enameled version as I was worried the stainless steel one would look too modern but it really compliments the whole look and matches the fridge and electrical fixings, This was positioned centrally with a feature canopy to home the extractor.

The colour scheme is a neutral mix of buff, greys and greens. The cabinets are painted in a green-ish, grey shade and the walls are painted in Little Greene paint companies’ Slaked Lime, the perfect off white paint colour in my opinion. The two Duchess cast iron radiators where fitted symmetrically beneath the windows and finished in Little Greene Paint Companies’ Serpentine with Satin Nickel TRV accessories. The radiators are restored originals that have been professionally refurbished. The focal point of the room and the thing most people comment on is the York stone floor. It adds so much character to the space and the mixed colouration of the natural stone compliments the colour scheme of the kitchen perfectly.

The stone floor was supplied by Ribble reclamation. You can go for a mixed colouration which I did or hint more towards buffs or greys. The flags are then coursed and laid in rows of an equal width with varying lengths. They are calibrated, cleaned and polished so they are suitable for internal use and underfloor heating.
Cox and Cox is my go to for home décor items, my cute hare prints and my windowsill cloche are both from there. You also can’t go wrong with some faux blooms from good old HomeSense. I found my beautiful wooden vintage clock from a local home shop.

I often get asked where my bar stools are from, they were sourced online from the Atlantic furniture company and reasonably priced at £80 each with free next day delivery. Other than that I keep things quite simple and switch between pretty tulips and eucalyptus sprays for the island. Not forgetting to mention the obligatory Aesop hand wash next to the sink {Aesop is a must next to any kitchen sink, so pretty}.

My Roberts revival radio is one of my favourite kitchen accessories, the pastel cream shade compliments everything and its retro/ vintage look makes it in keeping with the overall design.

As for the dining space I keep mentioning, we don’t actually have a dining table yet. I’m not sure if I definitely want one. I love the open aspect look of the area and the prettiness of the radiators. Its also a really good dancing space for kitchen parties.

From start to completion the whole kitchen renovation took about five to six months. We probably could have done it a lot quicker if we started the build in spring/ summer and where a little more organised.
By using independent trades (builders/ plumbers/ electricians) this made things more complicated and if we were to do it all again I would like to hire a building company to oversee the entire project from start to finish. Managing your own renovation can be super stressful, there where weeks where I would be nipping out of work daily to sort out problems and I would be making phone calls and sending emails and chasing suppliers until all hours.

It’s hard when your renovating for people to understand how stressed you are. Instagram is a great way of venting your renovating frustration, a community of like-minded doer uppers who recognise the stress. A lot of people would roll their eyes at me when I moaned about the constant problems we were having and I probably came across as being a little ungrateful at the time of how lucky I was to be in a position to create my dream kitchen. But after all the stress, the endless decisions, delays and disasters it was all totally worth it. 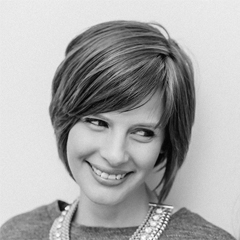